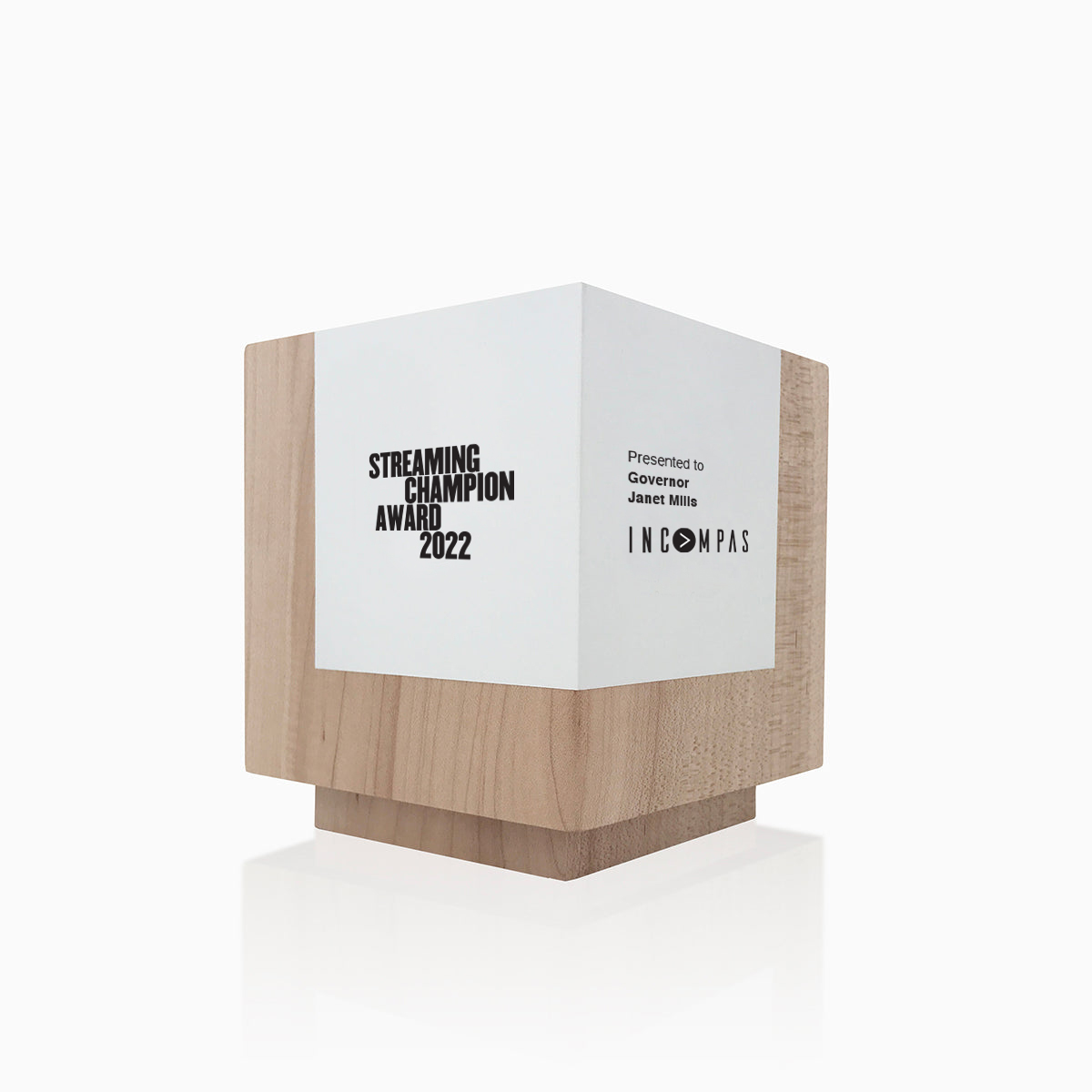 WASHINGTON, D.C. (February 8, 2022) – INCOMPAS, the internet and competitive networks association, presented Maine’s Governor Janet Mills with its first ever “Steaming Champion Award” in recognition of her work to promote streaming innovation, creativity, and consumer choice through her legislative and policy work.

The Streaming Champion Award was created to highlight individuals in the creative, policy and business space whose work promotes continued innovation and competition in the streaming economy. Streaming competition has brought more choices and lower prices to consumers, while creating more opportunity for diverse content creators to bring new ideas to families across the nation and promotes the deployment of high-speed broadband networks.

“It is a real honor to present Governor Janet Mills with the first Streaming Champion Award. Last summer, Governor Mills took the important step to veto legislation, the first of its kind, that would have added new fees and taxes on streaming services and fiber deployments, putting consumers and families at risk of higher bills and deterring high-speed broadband deployment,” said Chip Pickering, CEO of INCOMPAS. “In her veto, Governor Mills highlighted the risks to consumers and families, while pointing out that low-cost streaming services help drive the market for better, faster, more affordable broadband services.”

INCOMPAS was founded over 40 years ago to help protect and promote more competition in the communications marketplace. Its work led to the creation of bipartisan competition laws and access policy that help drive new innovation, broadband deployment, and the streaming revolution. Today INCOMPAS membership includes leading builders of fiber networks and local broadband companies in Maine and across the country, as well as the nation’s leading streaming services. INCOMPAS fiber members include the Maine-based companies of Tilson and GWI, and the association also represents the nation’s leading streaming providers such as Netflix, DISH, and Amazon.

The 2022 Streaming Champion Award was presented today during the INCOMPAS Policy Summit in Washington, D.C. The award was accepted on the Governor’s behalf by Peggy Schaffer, Executive Director of the ConnectME Authority.