Tech’s Investment in the Modern Internet 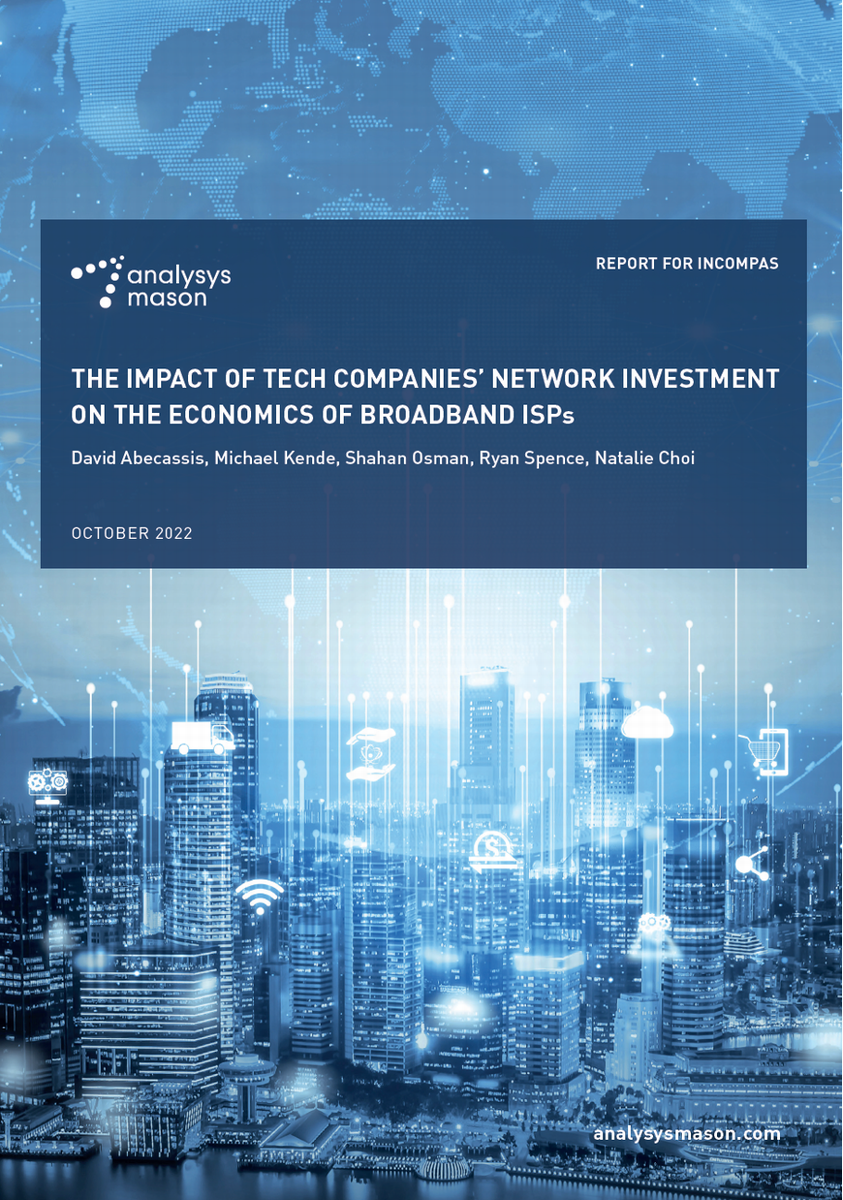 Networks power our economy, and a groundbreaking new paper from Analysys Mason is shedding new light on the incredible $883 billion network investment from streaming and tech innovators that has brought more choice, competition and savings to consumers around the globe.

The paper challenges the myth that “the network” is just large ISPs. It’s not. In today’s economy, internet networks deliver faster speeds and more creative content thanks to global infrastructure and local content delivery points enhanced by large investments from the tech community. These network investments not only deliver for the consumer, but they save older incumbent ISP networks billions in efficiency gains.

The paper shows that tech and streaming innovators — also known as Content and Applications Providers or CAPs — have invested significantly to deploy the global network infrastructure of today’s internet. From deploying data centers to laying submarine fiber cables across the oceans, this infrastructure spans the globe to provide the underpinnings of our modern internet. This has resulted in high quality experiences for end users, including consumers and businesses, as well as huge cost savings for ISPs.

However, despite this significant history of investment, several countries are proposing network usage fees that threaten to raise prices on consumers who enjoy the benefits for streaming competition and tech innovations. These measures often are designed to discriminate against certain U.S.-based content and application providers and would require them to pay tens of billions to incumbent, often state-affiliated foreign telecom operators. Research by Analysys Mason found imposing such fees could disrupt incentives, investment and competition, resulting in unintended negative consequences for the internet ecosystem.