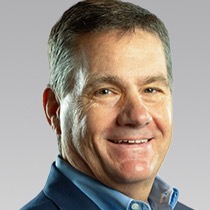 Craig Gunderson has over 30 years of telecom experience in sales, operations, and executive leadership at corporate and field levels.

For the past 14 years, he served as Chief Operating Officer, President and (for the last 10 years) President & CEO of Oxford Networks until its sale to FirstLight. Oxford was a private equity backed, fiber optics based company that offered a diverse suite of transport, data and voice products and services to customers in the New England region. Under Craig’s leadership, Oxford achieved solid double-digit average annual growth rates by transforming the company from a traditional Local Exchange Carrier (Telephone Company) to a highly successful, fiber-based telecom services carrier.

Prior to his executive role at Oxford Networks, Craig spent eight years at Frontier Communications/Global Crossing, headquartered in Rochester, NY. At Frontier, he held various operations, sales, and marketing positions until he was promoted to General Manager of a newly formed business unit in Georgia resulting from acquisitions of two local telephone companies. After four years of sales and customer growth, Craig was promoted to Vice President and General Manager to run a larger region headquartered in Minnesota.
Before starting his impressive 30 plus year business career, Craig served for five years in the United States Army as an aviation and operations officer, achieving the rank of Captain in the Medical Service Corps. He received his undergraduate degree in Economics from Dickinson College in Carlisle, PA, and his MBA from Georgia Southern University.